Starting in may the new “law to save croatian culture” will become effective in Croatia. The beauty of croatian music will from than on not be hidden anymore for tourists.

In France the law already force radio stations to play 40% french music. Last week the parliament in Zagreb decided to go for 30%. But not only in the Radio!

Thus it gets complicated at Zrce Beach. The new law instructs to have 30% croatian lyrics for clubs, radio stations and public dance events.

Don Diablo at Papaya 2017: How will the stars respond to the new law?

Zrce beach will have a huge problem. Probably the politicians in Zagreb haven’t thought about electronic music. How is it possible to add 30% croatian lyrics to a song with almost no lyrics – like most techno songs have for example?

The zrce.eu team talked to clubs and festival organizers.

The organizers of Sonus festival were stunned getting these news. “We are in close contact with the department of croatian music culture and try to find a solution”, was currently the only comment they gave us.

The clubs choose pragmatic solutions. Papaya club calculated that 30% croatian lyrics are reached if they play non stop croatian songs from 20:00h to 23:30h and also from  5:45h to 6:30h. “At 5:30 either people go home anyway or they are drunk enough to be fine with it” said the program director, Vladmimir Glazba.

For NOA clubs it’s much easier. NOA is built on stilts in the sea. The law will not take effect for something similar to ship a clubs manager told us. Luckily the cruise ship industry intervened. The gowing industry brings more and more cruise ship tourists  to Game of Thrones film locations near Dubrovnik. 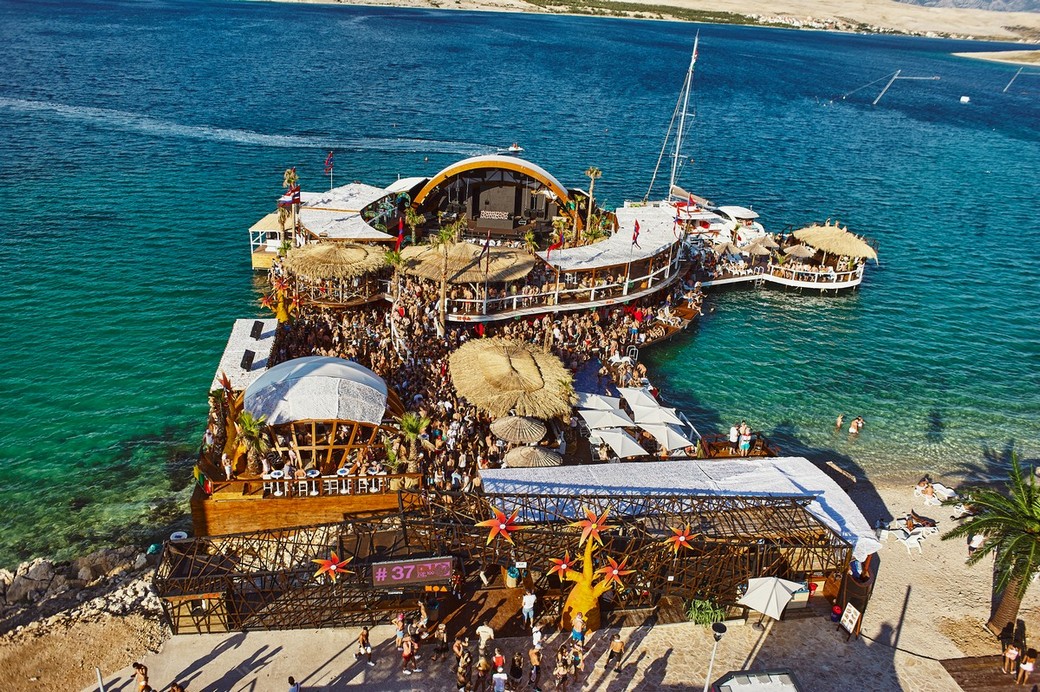 It’s not a club: Law classifies NOA as a ship

At Aquarius they want to use one of their three floors just for croatian music. With three floors they feel “flexible” to offer every customer the genre she or he likes. Even if the croatisn dance floor is completely empty.

In addition all clubs initiated a task force to adapt to the new conditions. Resident DJs

were instructed to create remixes of all popular EDM hits with croatian lyrics. “We need to adapt proactive to the new law”

The director of the department of croatian music culture Leopold Djakici was not available for an interview but replied via email. “Electronic music is undesired from now on” he wrote. In addition he added a song list of 30 croatian musicians.